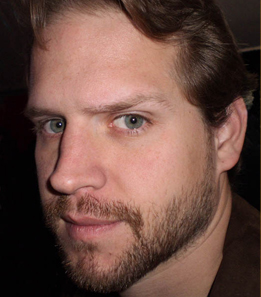 I am a St. Louis transplant to Salt Lake City, UT. My path into film work began through acting at a young age and I started making my own, albeit terrible, films when I was 12. I have always experimented with all forms of film making in every genre and from every perspective.

I earned a Bachelors of Science in Mass Media Studies with an emphasis in Film from Missouri State University in 2004 and a Masters of Fine Arts in Film Studies from the University of Utah in 2008.

I have many film credits to my name as a writer, producer, director, cinematographer/videographer, and editor. I also foray into production design, especially sets and costumes, animation, and occasionally puppetry. Here is a link to my creative endeavors website:
Mishu Films

I have been working as a freelance filmmaker in documentary, fiction, and marketing since 2005 and have created pieces for clients such as Tread Lightly, Adventure Vet, the YWCA, Easter Seals, and various local businesses and individuals.